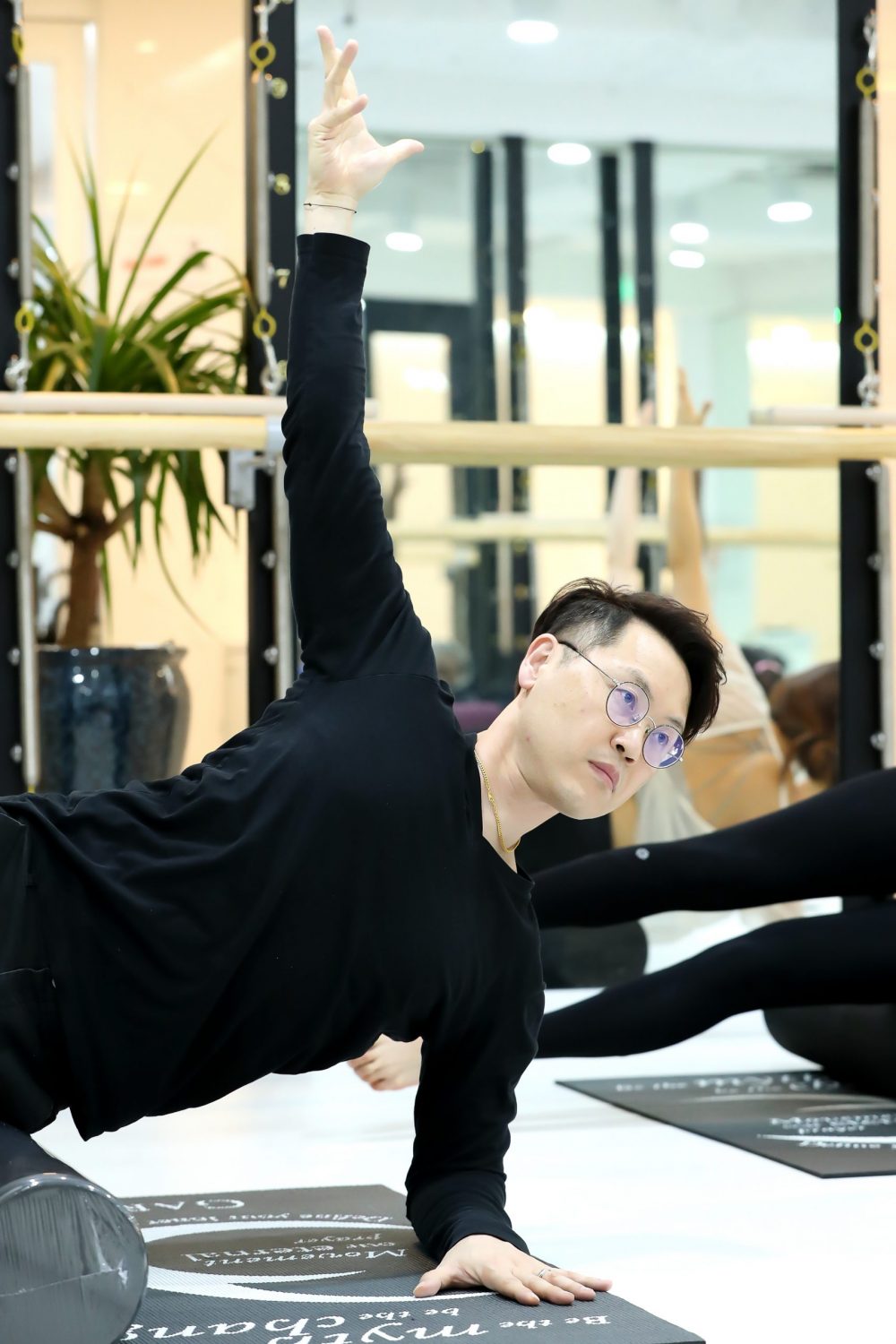 Yong Ho Lim started his early career as a Taekwondo athlete. He majored physical education and started sports gymnastics in his sophomore year, which significantly changed his life. Through 1993 to 1998, he entered various world championship as a member of the national team, earning several awards in his career. Later, he majored in Exercise Physiology at graduate school and taught many students at University. From 2005, he achieved his certificate in Polestar Pilates and PSC (Pilates Sports Center) Pilates based in California, subsequently mentoring numerous pupils as Korean master trainer. While participating in PMA (Pilates Method Alliance) held in Arizona in 2016, he met James D'Silva and was fascinated by Garuda after trying the method. He felt as if the movement of Garuda was unlike anything else, and flew right away to England to take courses in Garuda Studio.