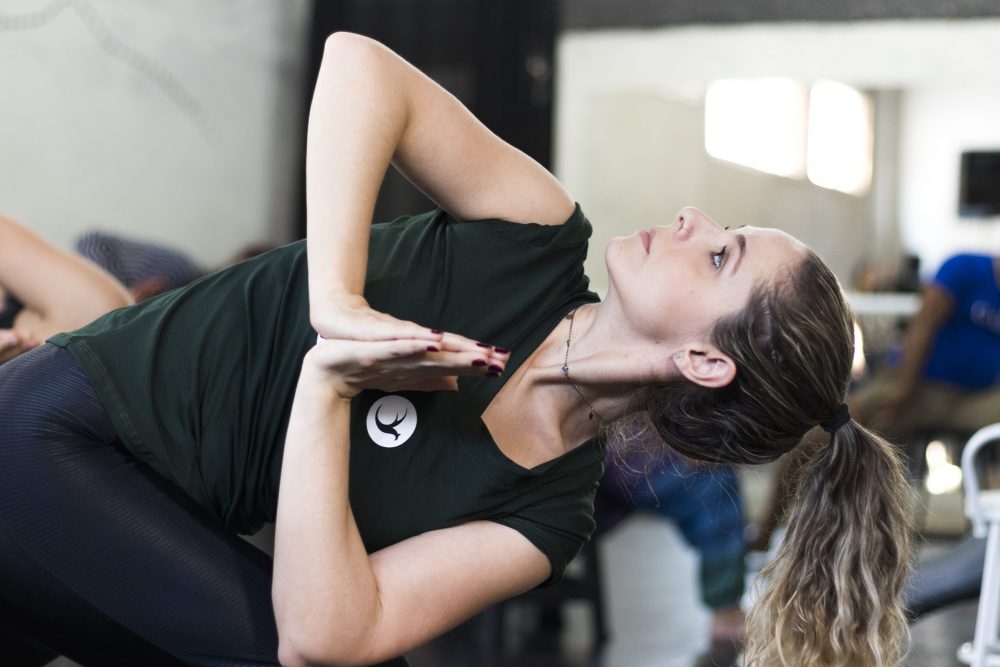 Viviane Vales is a physical educator born in São Paulo - Brazil. She was certified in Pilates for the first time in 2009. In 2014, she obtained Second Generation Teacher certification, trained by Lolita San Miguel in Florida. She was introduced to Garuda for the first time in 2012 at a congress in Argentina and since then she has been enchanted by the freedom that the movements brought to her body and how it increases her potential. So she never stopped studying and brought, along with her partner Ge Gurak, the Garuda certifications under the guidance of James and Juliana in all the following years to Brazil. Together they run TcPilates, a training center that offers regular Garuda classes. In 2018 and 2019 TcPilates developed a social project with a Brazilian institution that allowed Garuda classes for groups of more than 90 people in São Paulo and other cities.

“There is no way any aspect of my current life would be possible without the range of movement, the body confidence and the joy of figuring out my personal ways of physical wellbeing without Garuda. I am partly who I am today because of this holistic approach to me and I would not change a thing.”Niina Kovalainen