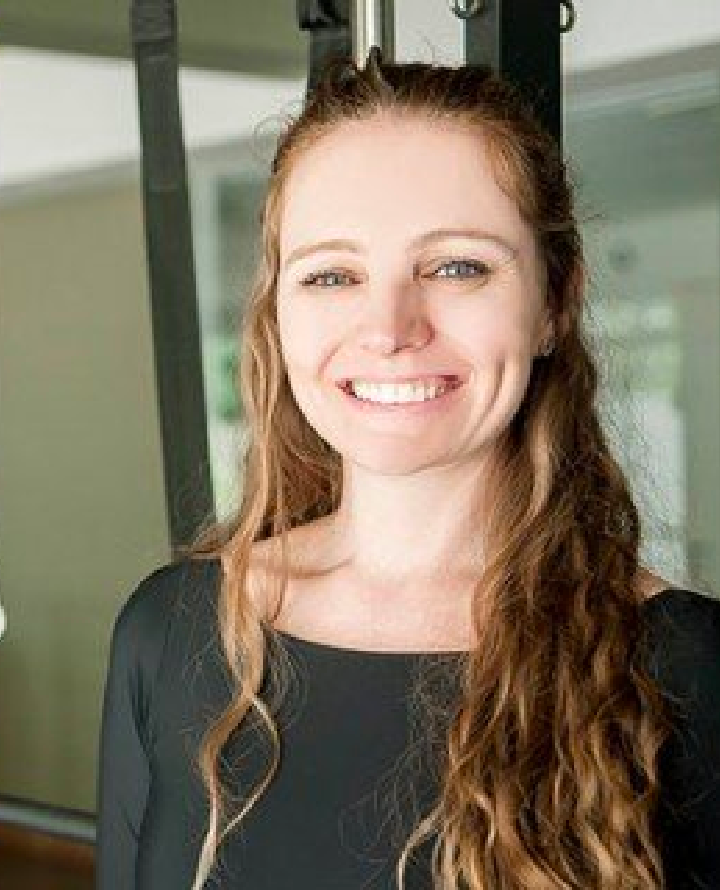 Ge Gurak spent her first years involved with dance and later choreography. She obtained her degree in 2001, and in the same year attended her first training sessions in Pilates. She then pursued a post-graduate diploma in Hatha Yoga with the team of Professor Marcos Rojo, a preeminent leader in the Hatha Yoga community in Brazil. In 2010 she travelled throughout India, obtaining extended education in the Kaivalyadhama Yoga Institute & Research Center. She was introduced to Garuda and James D'Silva in 2012 at a seminar in Buenos Aires. She was immediately attracted to the combination of Dance, Yoga and Pilates, condensing all her passions in one method. Ge runs a the TcPilates studio with Viviane Vales, and together they host the Garuda courses in Brazil. In 2018 both Ge Gurak and Viviane Vales were awarded the Teacher Trainer qualification and are the exclusive representatives of Garuda in Brazil.